“And I’ve always felt that the beauty of being surrounded by the foreign is that it slaps you awake. You can’t take anything for granted. Travel, for me, is a little bit like being in love, because suddenly all your senses are at the setting marked “on.” Suddenly you’re alert to the secret patterns of the world. The real voyage of discovery, as Marcel Proust famously said, consists not in seeing new sights, but in looking with new eyes. And of course, once you have new eyes, even the old sights, even your home become something different. Many of the people living in countries not their own are refugees who never wanted to leave home and ache to go back home. But for the fortunate among us, I think the age of movement brings exhilarating new possibilities.

Movement is a fantastic privilege, and it allows us to do so much that our grandparents could never have dreamed of doing. But movement, ultimately, only has a meaning if you have a home to go back to.

Excerpts from “Where is Home?”
a TedGlobal talk by Pico Iyer, 2013

They say that the main difference between humans and animals is morality and common sense.

Animals aren’t burdened with the consequences of acting on impulses and urges- it’s us humans who have to reflect and make choices.

I read in an article that in the animal kingdom, some mothers, “through no lack of love, will reject or abandon their offspring shortly after birth. There are a number of reasons why this happens and great variations between domestic and wild animals. Some large mammals will reject the second or ‘insurance’ infant simply because they do not have the means to nurse it.

If an infant is weak, small or defective, mothers will instinctively abandon or cull the animal to concentrate their resources on the stronger babies that stand a greater chance of surviving.

If a cat has a large litter, nursing all its kittens can sometimes be too much strain for the mother, especially if she is in poor health or is reluctant or unprepared for motherhood. Female cats that are not given the correct nutrition during pregnancy or are underweight might not be able to produce the milk necessary to feed their young.”

Ask yourselves this, what is the difference between a street cat and a mother from the marginalised interiors of Baluchistan?

I saw several cases like this while on assignment for MSF Pakistan documenting stories of malnutrition. Helpless mothers, sitting for weeks on a hospital bed, feeding their children special food. Excessive poverty, lack of education, unemployment and large families force them to also naturally select which child to let go of and which to keep on feeding. 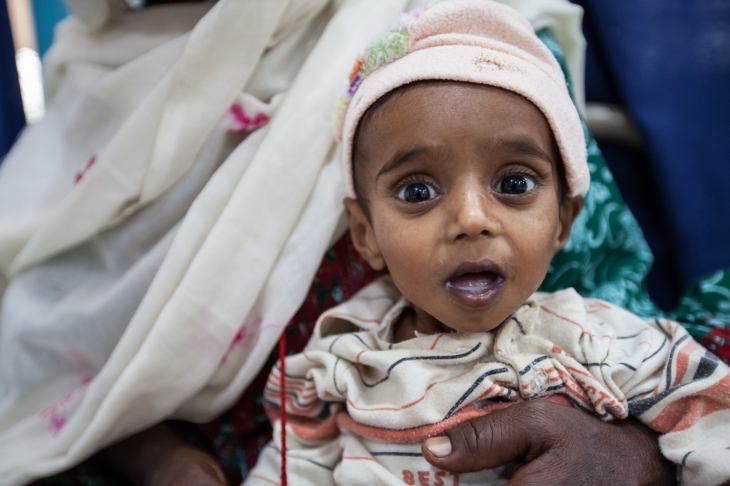 The child in the photo is Gul Jaan. He was there for about two weeks being treated for severe malnutrition at the MSF Facility in Dera Murad Jamali. The mother, Rubina, said he is her 8th child out of the 12 pregnancies she has had. Her husband is unemployed and can’t walk properly. They live off loans and ration from neighbours. Every child of hers, according to her, is weak. Rubina looked worn out. Gul Jaan wasn’t gaining weight. The doctors began suspecting other health issues in addition to the malnurtition. It looked like she was tired of even trying to keep Gul Jaan alive, but she is human- so morality and as they say “farz hai”.

I decided to check up on them daily.

8 days later, on my last day at MSF in DMJ, her bed was empty. 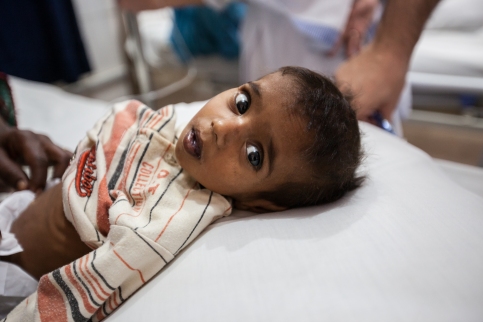 Rubina, it would seem, had given up – through no lack of love, I bet, but she simply did not have the means to carry on longer.